Do you encounter increasing brain fog and irritability during your period, but find you’re more focused and less distracted mid-cycle? 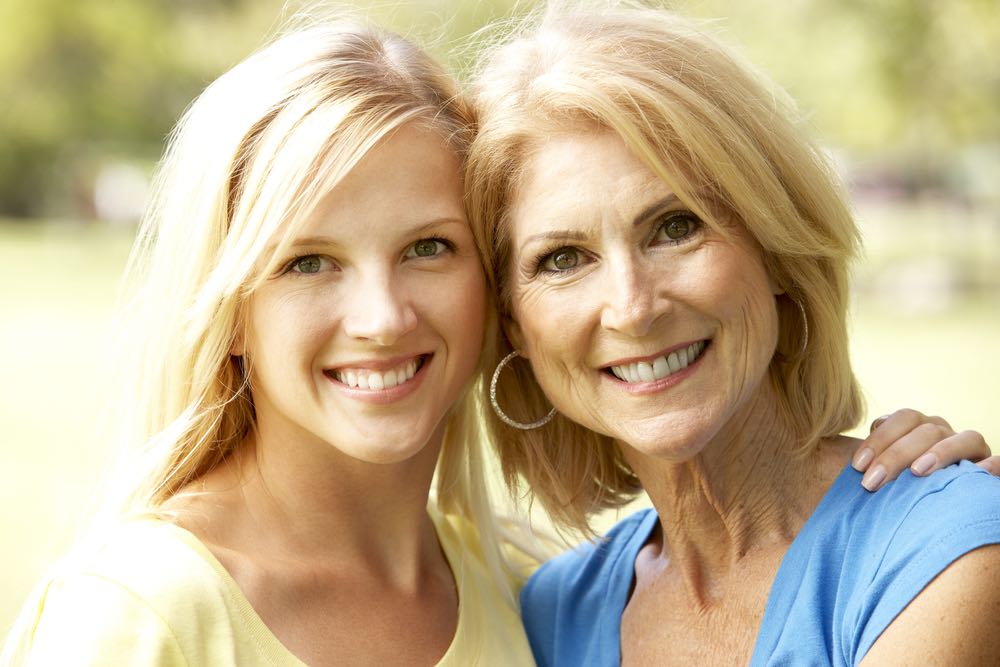 Sex hormones, from puberty to menopause, can aggravate ADHD over a woman’s lifetime.

ADHD symptoms tend to be variable for women with ADHD. They fluctuate across the menstrual cycle and along the life span and are impacted by variations in sex hormones and ADHD medications, all influencing executive functioning.

This article is about how to manage the pitfalls of all these changes across the life span. To appreciate what occurs in women with ADHD it's helpful to first look at sex hormone fluctuations in all women across the life span. We'll then look at the most compelling new research on women with ADHD and how to manage these variations as they impact performance. My hope is to empower you and the woman you love to live a healthier, calmer, and more enjoyable life with ADHD. Let's get started!

Hormones and the Menstrual Cycle

Sex hormone fluctuations are necessary for a healthful cycle; at the same time, these changes cause variations in behavior and performance in many women.

The reproductive system is influenced by two hormones, the follicle-stimulating hormone (FSH) and the luteinizing hormone (LH) which travel from the brain to the ovaries. In the ovaries, these hormones impact the production of estrogen and progesterone.

During the follicular phase, the first 10-16 days of the menstrual cycle, many follicles are growing in the ovaries, causing estrogen levels to increase. A dominant mature follicle emerges producing more estrogen and more luteinizing hormone. At this stage, there are low levels of progesterone.

This latter stage after ovulation, with higher levels of progesterone, can correlate with symptoms of increased appetite, fatigue, sudden mood swings, increased memory problems, migraines, and back pain. Unless an egg is fertilized, menstruation occurs and the cycle repeats.

In the perimenopause stage, the follicle-stimulating hormone levels in the brain fluctuate, impacting estrogen fluctuation, and causing mood swings, insomnia, weight gain, and memory challenges. While estrogen levels are not eliminated, the ovaries can spring into gear every so often.

A 2021 study of 2400 women aged 35 -55 years reported they were having perimenopausal symptoms even though they didn’t expect perimenopause to interfere with their lives until age 50. Perimenopause can last months, or years. (Streicher, Lauren, Hot Flash Hell)

“During perimenopause, the only thing predictable is that your period generally arrives as you get on a plane wearing white with no tampons... Once a woman enters menopause, the ovaries have permanently stopped producing estrogen and your 'tank is on empty,'" says Streicher.

As you can see, even without ADHD, fluctuations in sex hormones are normal for a healthy cycle. Still, these fluctuations can impact changes in behavior and performance.

Any fluctuation in estrogen can have a profound impact on the ADHD brain which is already sensitive to fluctuations in estrogen and dopamine levels and how they interact with one another.

For individuals with ADHD, minor variations in dopamine in the prefrontal cortex can impact memory, motivation, focus, and mood.

Estrogen plays a significant role in increasing the production of dopamine and the regulation of dopamine levels in the prefrontal cortex in the brain -- the control center for self-management known as executive functioning.

The prefrontal cortex is also a region with high amounts of estrogen compared to other areas of the brain. It is extremely sensitive to the neurochemicals in its environment and any changes in these neurochemicals.

A 2011 UC Berkeley study showed how low and high dopamine levels result in various cognitive symptoms depending on where a woman is in her cycle. In the study, women with the lowest levels of dopamine (about 25% of the study sample) struggled with complicated tasks when estrogen levels were spiking during ovulation. Increasing dopamine through stimulants for this group improved performance by approximately 10%.
Yet, for women with the highest levels of dopamine (also about 25%) ovulation (lower levels of estrogen) tended to weaken their ability to do complicated tasks. In other words, increasing dopamine for the women with the highest levels of dopamine but lower levels of estrogen did not improve their symptoms and created worse symptoms. The study showed how insufficient or too much dopamine can impair functioning depending on a woman’s estrogen levels.
Numerous estrogen studies have shown that while symptoms vary across the menstrual cycle, various stimulant medications can be less effective or create negative results depending on a woman’s dopamine levels and where she is in her cycle and life stage.
Other studies have examined the effects of the menstrual cycle, dopamine levels, and fluctuating progesterone levels but have had inconclusive results.
We need more research in this area. What these studies clearly suggest is that women’s and men’s brains differ in their responses to stimulants. Women with ADHD with low or fluctuating sex hormones will respond differently depending on where women are in their cycle and their life stage.

Here are four smart ways to empower women with ADHD so you and the women you love can live healthier, calmer, and more enjoyable lives.

Although it’s not yet typical practice for a clinician to ask for information about cycle phase, use of birth control, and/or stage of life (i.e., pre- or post-puberty, perimenopausal, menopause), understanding your own behavior and performance during your cycle can be extremely helpful. The best way of understanding your performance is to keep a journal.
Quick Tips:
• Experiment with tracking your behavior around your menstrual cycle. If you’re post-menopausal, and not regular, it’s still helpful to track what happened before and after a triggering event.
• Keeping a journal helps you mindfully process what’s going on.
• Recognizing any patterns through your journal can assist you in planning and managing expectations.

It’s common for women with ADHD to experience cognitive, behavioral, emotional, and physical impairments caused by sleep problems across the life span.

Wavering levels of hormones during your cycle affect your ability to fall and stay asleep. According to a 2007 National Sleep Foundation poll, 33% of women say their sleep is disturbed during their menstrual cycles. Estrogen helps metabolize neurotransmitters that regulate the sleep cycle. Estrogen also keeps your body temperature low at night and can act as a mood stabilizer.

If you're a woman entering perimenopause or menopause, low estrogen levels can increase the risk for hot flashes, insufficient sleep, and irritability.

In their study on patients with ADHD and sleep, researchers Wajszilber and Gruber recommend a baseline sleep study during the assessment of ADHD, and intermittent evaluation of sleep over the life span. They suggest treating the sleep problem might be an ideal first step prior to or in addition to prescribing stimulant medication.

• Stick to a schedule by waking up at the same time every day. Sleep experts advise you cannot catch up on sleep by sleeping in over the weekend.
• Keep your bedroom cool at night.
• Avoid long naps. If you must nap, take a 30-minute nap, and do not nap too close to the evening.
• Keep a bedtime routine, such as listening to music, reading, taking a bath, or deep breathing.
• Get a sleep study. Although ADHD and fluctuating hormone levels may impact your sleep, a sleep study can delineate if you have a primary sleep disorder which is important for treatment.

Get And Stay Active

• Find an activity that’s fun. If you hate going to the gym don’t make that your goal. Maybe you prefer dancing to music or walking around the block while listening to your favorite podcast. Whatever you like that will motivate you to keep doing it is key.
• Start with the smallest step that is so easy to do that it makes you laugh.  This could be cueing up your dance music and getting your walking shoes on - something that can motivate you to keep going.
• Mix it up. The ADHD brain loves the novelty of something new.
• Don't over-exercise. If you notice you’re exercising a ton and you’re having trouble sleeping, your body could be producing cortisol, which is a stress hormone. This is a sign that you may be exercising too much. Take a rest from exercising for a few days and see if that helps.

While research suggests that executive functioning and medication response vary across the menstrual cycle, when you're a woman with ADHD, it may take a variety of specialists at different stages of your life to manage your symptoms.

• Be your own advocate. You know your body. Trust how you feel and ask for what you need.
• Work with a variety of specialists to get the care you need, such as a psychologist or counselor, psychiatrist, gynecologist, internist, and ADHD coach.
• Understand the impact of your ADHD, your cycle, and your medications on your body and your behavior patterns.
• Communicate your findings with your doctors, a therapist, and/or coach to facilitate managing symptoms and performance.
To sum up, sex hormones, from puberty to menopause, can aggravate ADHD over a woman’s lifetime. To manage these changes:

• Get And Stay Active

Experiment with some or all of these and let me know how it goes for you!

PS. Need more assistance managing your patterns of behavior and performance as a woman with ADHD so you can live a healthier, calmer, and more enjoyable life?

Contact me for an ADHD Strategy Assessment and we can talk about some steps you can put into place now!

As your partner and coach, I support you in addressing the challenges you experience and help you move forward with decision-making, goal setting, and life changes to get you and your family back on track.

Cheryl is very empathetic. She listened to our concerns, and really helped us understand our son's ADHD. We are all now communicating with each other with greater understanding and our family life is less chaotic. We learned so much!K.L.   - Chicago, IL

Proud to be a member of Northbrook Chamber of Commerce